These three documents are the building blocks toward a solid estate plan and peace of mind. 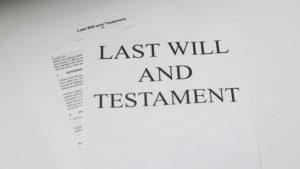 These three documents combined allow you to designate who you want to be responsible for your well- being, if you are unable to communicate to others on your own behalf and name who you want to receive your property. Having a will, power of attorney and health care power of attorney are the foundation of an estate plan and peace of mind, says the article “Simple steps to peace of mind” from the Traverse City Record Eagle.

If you die without a will, your state has a plan in place for you. However, you, or more correctly, your family, probably won’t like it. Your assets will be distributed according to the laws of inheritance, and people who you may not know or haven’t spoken to in years may end up inheriting your estate.

If your fate is to become incapacitated and you don’t have an estate plan, your family faces an entirely new set of challenges. Here’s what happened to one family:

A son contacted the financial advisor who had worked with the family for many years. He asked if the advisor had a power of attorney for his father. His mother had passed away two years ago, and his father had Alzheimer’s and wasn’t able to communicate or make decisions on his own behalf.

Five years ago, the financial advisor had recommended an estate planning attorney to the couple. The son called the attorney’s office and learned that his parents did make an appointment and met with the attorney about having these three documents created. However, they never moved forward with an estate plan.

The son had tried to talk with his parents over the years, but his father refused to discuss anything.

The son now had to hire that very same attorney to represent him in front of the probate court to be appointed as his father’s guardian and conservator. The son was appointed, but the court could just have easily appointed a complete stranger to these roles.

The son now has the power to help his father, but he will also have to report to the probate court every year to prove that his father’s well-being and finances are being handled properly. Having a will, power of attorney and medical power of attorney would have made this situation much easier for the family.

Guardianship is concerned with the person and his or her well-being. Conservatorship means a person has control over an individual’s financial matters and can make all decisions about property and assets.

There is a key difference between powers of attorney and conservatorship and guardianship. The person gets to name who they wish to have power of attorney. It’s someone who knows them, who they trust and they make the decision. With conservator and guardianship, it’s possible that someone you don’t know and who doesn’t know your family, holds all your legal rights.

A far better alternative is simply to meet with an estate planning attorney and have him create these three documents and whatever planning tools your situation calls for. Start by giving some thought to who you would want to be in charge of your life and your money, if you should become unable to manage your life by yourself. Then consider who you would want to have your various assets when you die. Take your notes with you to a meeting with an estate planning attorney, who will know what documents you need. Make sure to complete the process: signing all the completed documents, funding any trusts, retitling any accounts and finally, making sure your family knows where your documents are. This is a road to peace of mind, for you and your family.