The elimination of the Stretch IRA is a game changer, especially for parents who were considering bequeathing savings in IRAs to their children. 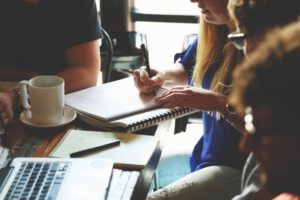 The majority of many people’s wealth is in their IRAs, that is saved from a lifetime of work. Their goal is to leave their IRAs to their children, says a recent article from Think Advisor titled “Three Replacements for Stretch IRAs.” The ability to distribute IRA wealth over years, and even decades, was eliminated with the passage of the SECURE Act.

The purpose of the law was to add an estimated $428 million to the federal budget over the next 10 years. Of the $16.2 billion in revenue provisions, some $15.7 billion is accounted for by eliminating the stretch IRA.

Existing beneficiaries of stretch IRAs will not be affected by the change in the law. But going forward, most IRA heirs—with a few exceptions, including spousal heirs—will have to take their withdrawals within a ten year period of time.

The estate planning legal and financial community is currently scrutinizing the law and looking for strategies will protect these large accounts from taxes. Here are three estate planning approaches that are emerging as front runners.

Roth conversions. Traditional IRA owners who wished to leave their retirement assets to children may be passing on big tax burdens now that the stretch is gone, especially if beneficiaries themselves are high earners. An alternative is to convert regular IRAs to Roth IRAs and take the tax hit at the time of the conversion.

There is no guarantee that the Roth IRA will never be taxed, but tax rates right now are relatively low. If tax rates go up, it might make converting the Roth IRAs too expensive.

This needs to be balanced with state inheritance taxes. Converting to a Roth could reduce the size of the estate and thereby reduce tax exposure for the state as well.

Life insurance. This is being widely touted as the answer to the loss of the stretch, but like all other methods, it needs to be viewed as part of the entire estate plan. Using distributions from an IRA to pay for a life insurance policy is not a new strategy but could be a helpful one given our current tax environment.

Speak with your estate planning lawyer about what options may work best in your unique situation.