If you haven’t checked your estate plan in recent years, now may be the time. 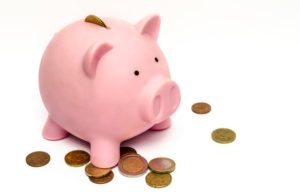 In the article “Updating estate plan could save heirs in taxes,” the Atlanta Business Chronicle asks why this matters to an individual or couple whose net worth is nowhere near these levels.

Now with the new exemption, trying to move assets out of estates and into trusts may not be the best solution to preserve wealth and minimize taxation.

In the past, a trust would be created, and the maximum amount of funds placed into the trust for use when the grantor (the person who created the trust) died. The goal was to provide income for the spouse until the spouse’s death, at which point the money bypassed the spouse’s estate and went directly to the beneficiaries.

If a person owned $10,000 worth of stock at their death, the stock increased to $100,000 and a bypass trust was in place to hold the stock, then heirs would pay taxes on $90,000 (the “gain”) upon the sale of the stock if they sold it after inheriting it. This could mean paying up to 30 percent in taxes, based on a 23.8 percent federal tax and the maximum state tax rate. If, however, the money went into the spouse’s estate, when the beneficiaries sold the stock, they would pay no state or federal income tax if the value of the stock didn’t increase after the death of the surviving spouse.

Note that the law creating the present $11.4 million exemption is set to end at the close of 2025, when the tax exemption will return to $5 million per person (adjusted for inflation).

Another aspect of estate tax planning relates to what type of accounts an inheritance springs from. For instance, heirs who receive money from Individual Retirement Accounts (IRAs) that contain tax-deferred money have to pay taxes when they withdraw funds from the account. Traditionally, IRA money is not taxed when it goes into the account, and the growth is not taxed. However, the withdrawals are.

As an alternative, traditional IRAs could be converted to Roth IRAs, although they would be taxed immediately on conversion. If the Roth IRA is held for five years, funds withdrawn are tax-free and can be taken out whenever the owner wishes.

However, because currently high  exemption amounts may not be available after 2025, or if further changes to tax laws are made, another strategy for individuals who wish to make significant lifetime gifts is to lock in the current levels.

Some experts advise that wealth be distributed between tax deferred accounts, like 401(k)s, after tax money, like the Roth IRA and taxable accounts, which include brokerage accounts. The goal is to be able to respond when changes are made to the tax code.

Reference: Atlanta Business Chronicle (May 31, 2019) “Updating estate plan could save heirs in taxes”