When people talk about “aging gracefully,” they’re usually referring to physical appearance. However, you can also have a gracefully aging mind.” 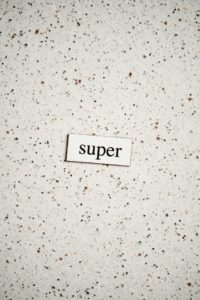 In recent years, scientific research has explored the secrets of the super-ager or those in their 80s and 90s whose brains function well — by some measures, as well as the minds of people many years younger.

Researchers now call these high-functioning older people “super-agers,” and they’re learning more about what makes them special. Some factors are genetic, but many are things that we can control.

Money Talks News’s recent article entitled “5 Secrets of Seniors Who Keep Their Minds ‘Young’” gives us five things you can do to keep your aging brain sharp.

Elissa Epel of the Aging, Metabolism, and Emotions Center at the University of California San Francisco says, “What’s emerged is how much our mental filter — how we see the world — determines our reality and how much we will suffer when we find ourselves in difficult situations in life.”

“As we get older, when we see declines in memory and other skills, people tend to think that’s part of normal aging,” says a UCSF blog post. “It’s not. It doesn’t have to be that way.”  Make yourself a super-ager.

Some foods are also better for your brain health as you get older, such as whole berries and fresh vegetables.

According to the UCSF, “At the end of the retreat, the participants’ telomere length had increased significantly, and participants with the highest initial levels of anxiety and depression showed the most dramatic changes over the course of the study.”

Studies also suggested solving word and number puzzles can delay the memory loss linked to dementia by more than 2½ years and can even preserve memory and cognitive function better than some medications. So never stop learning — or playing and become a “Super-Ager”!