Middle-income earners are more focused on planning their funerals than arranging for long-term care, a new study found. 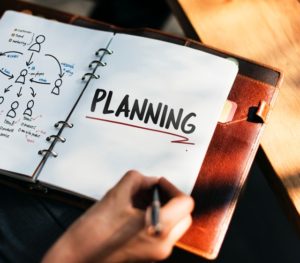 More than 10,000 people turn 65 in the U.S. every day. Almost 70% of people retiring today will need some type of long-term care during their lifetimes, according to the Department of Health and Human Services (DHHS). The cost of long-term care can be substantial—but even some of the most financially secure people are discounting the looming threat of long-term care in their retirement planning.

The Motley Fool’s recent article, “Baby Boomers Are More Prepared for Death Than Life,” says most baby boomers are either unprepared or haven’t planned for a long-term care expense, according to a Bankers Life survey of 1,500 middle-income Americans aged 54 to 72. The results show that baby boomers were more likely to plan for their own death than to have a long-term care plan. About 81% made some kind of funeral arrangements for when they pass away, but just 32% have a plan for how they’ll get care in retirement. The lack of long-term care planning is a significant issue when you compound this with the harm that such a huge unexpected expense has on a person’s retirement savings, especially in cases where a nest egg is modest to begin with.

DHHS believes that the average total cost of care for a retiree is $138,000. However, 79% of the respondents said they have set no money aside for their retirement care needs. For those who do have long-term care savings, the median amount saved is a mere $40,000. Nonetheless, 67% of those surveyed said they know someone who required care in retirement and 36% said they can’t rely on friends or family for around-the-clock care. Given all these negative numbers, why aren’t more people better prepared? The article gives us three surprising reasons that contribute to this lack of awareness and lack in savings for long-term care:

The best use of a long-term care insurance policy may be incorporating it into a more comprehensive plan. Talk to an elder law attorney about what makes sense for your situation.