A South Florida man is facing charges after prosecutors said he acted as a money laundering agent for individuals perpetrating what is known as ‘the Grandparents Scam.’ 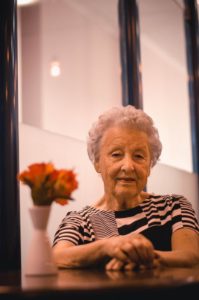 The Miami-Dade State Attorney’s Office explains that the Grandparents Scam involves someone posing as a grandchild or relative of the victim and claiming to be out of town and in need of help, usually involving an arrest.

Local10.com’s recent article entitled “Man, 22, arrested in connection with ‘Grandparents Scam’” notes that, in some cases, the scammer says he or she is a relative’s lawyer or bail bondsman.

County prosecutors explain that the fake relative claims to require cash for bail, hospital bills, or other bogus expenses. The caller provides the victim with directions on how to deposit money into their bank account.

The victims are asked to not tell anyone and are sometimes called again, so the fake relative can ask for additional funds due to “negative developments” in their case, prosecutors said.

“When a 22-year-old like Alvaro Esteban Jaramillo Fajardo revels in helping to allegedly steal the savings of caring grandparents and the elderly, there is something truly wrong. Sadly, some people seem to believe that it’s always easier and more sophisticated to take someone else’s money rather than work for it oneself,” State Attorney Katherine Fernandez Rundle said in a statement.

“The grandparent scammers and those ensuring that the scam works all deserve to hear the sound of a jail door closing behind them.”

Jaramillo Fajardo is facing charges in connection with eight victims, ranging in age from 71 to 88.

In all, these Grandparents Scam victims suffered financial losses of more than $480,000.

According to a news release from the state attorney’s office, Jaramillo Fajardo acted as the facilitator of the cash withdrawals from his associates’ bank accounts, “which effectively laundered the stolen money.”

Prosecutors explained that Fajardo paid the account holders about $2,000 for each incident in which they were involved.

Authorities say the Defendant frequently sought out his associates on social media and also offered a finder’s fee, if they obtained new, usable bank accounts to receive the illicit funds.

Fajardo also boasted that none of the account holders had previously gotten into any trouble, prosecutors said.