After a period of divorce or widowhood, you, your newly beloved and your respective children are about to become a ‘blended family.’ You and you partner will be creating a new family dynamic, which will hopefully be rewarding, but can be fraught with challenges, if little attention is paid to the consequences of the relationships. 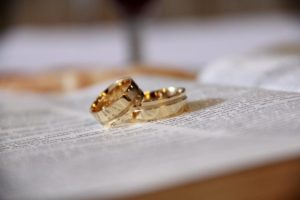 A blended family (or stepfamily) can be thought of as the result of two or more people forming a life together (married or not) that includes children from one or both of their previous relationships, says The Pittsburgh Post-Gazette in a recent article, “You’re in love again, but consider the legal and financial issues before it’s too late.”

Research from the Pew Research Center study reveals a high remarriage rate for those 55 and older—67% between the ages 55 and 64 remarry. Some of the high remarriage percentage may be due to increasing life expectancies or the death of a spouse. In addition, divorces are increasing for older people who may have decided that, with the children grown, they want to go their separate ways.

So if you’re remarrying, you should think about starting out with a prenuptial agreement. This type of agreement is made between two people prior to marriage. It sets out rights to property and support, in case there’s a divorce or death. Both parties must reveal their finances. This is really helpful, when each may have different income sources, assets and expenses.

You should discuss whose name will be on the deed to your home, which is often the asset with the most value, as well as the beneficiary designations of your life insurance policies, 401(k)s and individual retirement accounts.

It is also important to review the agents under your health care directives and financial powers of attorney. Ask yourself if you truly want your stepchildren in any of these agent roles, which may include “pulling the plug” or ending life support.

Talk to an experienced estate planning attorney about these important documents that you’ll need, when you say “I do” for the second (or third) time.

Reference: Pittsburgh Post-Gazette (February 24, 2019) “You’re in love again, but consider the legal and financial issues before it’s too late”