The average empty nester shells out $254 a month to financially support their adult children. 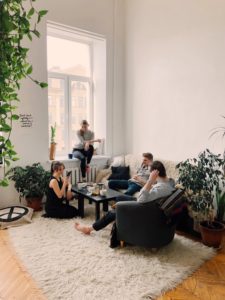 It may be a few bucks to help with this week’s groceries, this month’s rent or their cellphone bill.  However, these expenses covered by an empty nest parent for an adult child can add up to a significant financial burden. As many of us know, just because your children have moved out, doesn’t mean you’re off the hook financially.

Whether it’s $100 a month for food or $500 toward your kid’s student loans, about 40% of empty nesters are still financially supporting their children in some way, according to a new report by 55places, an adult community comparison site. According to CNBC in its article “Nearly half of parents still financially support adult children,” the average parent spends roughly $250 each month.

The myth or the optimistic view is that when your children start their careers, you’re home free.  However, many empty nesters have found that’s not the case. These retirees or soon-to-be retirees see that there are a lot of expenses their children incur that will be very difficult, if not impossible, to pay with today’s starting salaries.

Research shows that millennials face financial challenges their parents didn’t as young adults. In addition to carrying most of the $1.5 trillion in student loan debt, their wages are lower than their parents’ earnings when they were in their 20s. A 2017 study of Federal Reserve data by advocacy group Young Invincibles showed that millennials earned an average of $40,581 in 2013—20% less than the inflation-adjusted $50,910 earned by baby boomers in 1989.

Rents also continue to go up, even as housing prices outpace wages. This makes it even more difficult for those just starting out to make it on their own.

Because of this, 24%, of empty nesters are paying cell phone expenses, 19% of parents help with rent and another 18% pay for their kids’ groceries. The study found that roughly 15% help cover their child’s student loan repayments after graduation.

Research also shows that more millennials are living with their parents longer. The average age when parents expected their children to move out was 21. However, about 50% responded that their child was 21 or older, by the time they actually left the family home. The survey interviewed more than 1,800 empty nesters between June and July.

In a study by Merrill Lynch and Age Wave, 58% of early adults (Merrill defines this as those between the ages 18 and 34) said they wouldn’t be able to afford their current lifestyles, without parental support. However, experts caution that supporting grown children can be a huge financial burden, when retirement is near.