You’re hoping to leave your loved ones a nice legacy and something that can enhance their financial security or help them achieve special goals. Have you considered how your individual retirement account (IRA) fits into your estate plans? 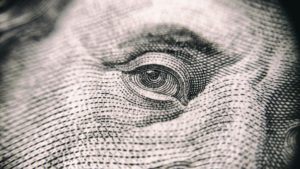 Most people use their IRAs (Individual Retirement Accounts) for retirement income. However, a lucky group find themselves not needing the money from their IRA accounts. Instead, the assets become part of a legacy that they leave to heirs. That is why most IRA accounts include the name of a beneficiary who could inherit these accounts, when the owner passes away, reports the Oakdale Leader in the article “Leaving An IRA As An Inheritance.”

If no beneficiary is named, things can get complicated for both the estate and the heirs. If the IRA has a named beneficiary, but the will names someone else to receive the IRA, the beneficiary named in the IRA is the one who receives the asset. The named beneficiary in any account and especially an IRA, supersedes the will, in almost every instance.

Anytime there is a significant event, often called a “trigger” event, like a divorce, marriage or birth, the estate plan and all accounts with named beneficiaries should be reviewed. This is to ensure that the assets go where the owner wants them, and not to an unintended heir, like an ex-spouse.

There are special rules for spouses, where IRAs are concerned. Married couples typically name each other as beneficiaries on their IRAs. A surviving spouse has certain decisions to make, when inheriting an IRA. The IRA may be rolled over into a new or existing IRA in the spouse’s own name. Taking this route depends upon the age of the spouse and the need for the money.

Another option is to convert the inherited traditional IRA into a Roth IRA. However, taxes must be paid on the conversion. It is also possible to transfer the IRA assets into an inherited IRA. An estate planning attorney will be able to explain all the options and how they will work with the surviving spouse’s estate plan.

To maximize the growth of the IRA, children or grandchildren can be named as IRA beneficiaries. They will need to start taking annual Required Minimum Distributions (RMDs) immediately, and the distributions will be taxable. However, the amount of the RMD will be based on their anticipated lifetimes, so the taxable distributions will be relatively small. The money in the account will have many years to grow.

Many advisors counsel against naming an estate as a beneficiary, because it helps avoid probate and strict distribution time limits.

Reference: Oakdale Leader (February 19, 2019) “Leaving An IRA As An Inheritance”