According to a study by the Pew Research Center, remarriages are on the rise. Four out of 10 marriages are now remarriages. Half of previously married seniors have remarried again. 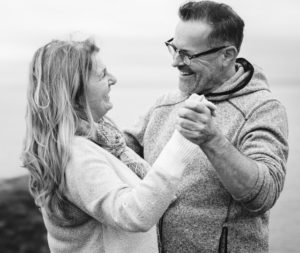 There are a number of issues in estate planning that are more important in second and subsequent marriages, as discussed in the article “Estate planning documents for second marriages” from the Cleveland Jewish News. A couple who each have children from a prior marriage are planning to marry again and blend their families. Consequently, the couple needs to address income taxes, a prenuptial agreement, pension and 401(k) benefits, Social Security, college funding, cost sharing, and estate planning documents.

Here’s an example of how important estate planning is for blended families: A couple who has children from prior relationships gets married. Twenty years later, the husband dies. He had wanted to provide for his second wife, so his Will stated that all his assets would pass to his wife, with the understanding that upon her death those assets would go back to his children.

What actually occurred was that his wife lived a long time after he passed, and she simply combined their assets. When she died, she passed her entire estate to her children, and her husband’s children received nothing. The husband’s children didn’t believe that he meant to do that, but because of the lack of planning, that’s exactly what happened.

What were the alternatives? He could have set up a “family trust” or a “marital trust” that would have held the assets for his second wife on his death, but upon the wife’s passing, would have gone back to his children. The trust document can prohibit the wife from transferring the assets to her children.

It’s wonderful to have a verbal agreement with your spouse, but if you don’t set up a formal legal plan, there’s no way to be sure that assets will be distributed as intended.

Another way to ensure that children from a blended family receive what is intended is to have an independent person or entity, like a bank or a trust company, oversee the trust.

Anyone who has been divorced needs to review their estate planning documents to ensure that they reflect their new marital status, especially when they marry again. That is also a great time to review beneficiary designations that appear on insurance policies, 401(k)s, pensions, retirement accounts, and investment accounts.

There’s no “set it and forget” plan for estate documents, so before you walk down the aisle a second time, or shortly after you do so, speak with an estate planning attorney to clarify your goals and put them into the appropriate estate planning documents.