Women have long been at a disadvantage in retirement. Generally, they earn less than men, interrupt careers to raise children or care for parents, and live longer. 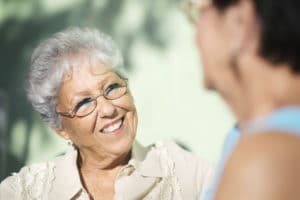 Retirement is a challenge for single women. Their retirement savings tends to be lower than married, or even widowed, women. Married women may face a steep decline in income, when their spouses die, says Barron’s in the article “The Single Woman’s Guide to Retirement Planning.” However, their single peers don’t have the opportunity to inherit a partner’s assets and spousal benefits from Social Security. Single women also face unique challenges related to higher costs for both retirement living and long-term care.

Most retirement advice is geared toward couples. There needs to be a different plan for singles, because no one is going to save with them. They need to save and plan more.

Retirement security for Gen Xers was the topic of a study from the Employee Benefit Research Institute. This is the generation that was born between 1961-1981. The study found that only in one group of Gen Xers — single women — were 50% at risk of not having enough money to cover retirement basics. The average expected shortfall was as high as $73,000. That’s twice the estimated average shortfall for single men and more than triple that of widows. The gap continues into the highest income levels.

Americans are staying single longer and marriage rates are declining. Those trends, and the relatively new phenomenon of “gray divorce” points to more women facing this scenario in the near and distant future. A little more than half of millennials have never been married. When today’s older retirees were the age of today’s millennials, they were mostly married — only 17% were single.

Because the risk of running out of funds is higher for women, some advisors favor a more conservative approach, with lower expected returns on an investment portfolio. Add to that, the fact that women provide much of the caregiving to others and afterwards end up having to look after themselves. Perhaps that’s why so many occupants of nursing homes are women.

Advisors to women also recommend that they purchase insurance to help with the cost of long-term care. The first phase tends to come from family members. However, if you don’t have children or family living nearby, you have to be more careful about planning for long-term care costs.

About two thirds of people living alone at home over age 85 are women, according to a 2017 study from the Society of Actuaries. Living at home brings its own challenges and costs. Advisors tell single women that they should consider continuing-care retirement housing earlier than married couples. Having access to a full spectrum of care earlier in life, enables residents to create a community of care and a safety net, while they are still healthy.

Estate planning is especially important for single women. It’s crucial to be sure that documents including a will, a HIPAA waiver and powers of attorney are in place, while they are well. For those who have trouble naming a proxy due to a lack of family, an estate planning attorney can help to identify a financial institution that can serve as a proxy and act as a co-trustee.

Finally, single women need to check on the beneficiary designations on their accounts. Some pensions do not allow for non-spousal beneficiaries. Single pension holders may want their pension to go to a child, but if the pension does not permit this, it may be better to roll the pension into an IRA.  They can then select whoever they wish to be their beneficiary.