She recently enrolled in traditional (Parts A, B, and D) Medicare and was hit with huge Part B and Part D monthly premiums. She had no idea why it was so high. After many letters, calls, and meetings with Social Security, she still had no idea. 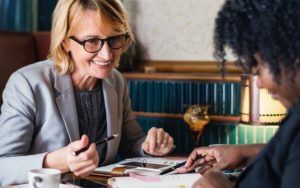 A 68-year-old woman knew that she had to sign up at age 65 for Medicare Part A for hospital care and Part B for outpatient care, since she did not have employer provided health insurance from an employer with 20 or more employees. She knew also that if she did not have health insurance from an employer and didn’t sign up immediately, she’d face a penalty with higher Part B and Part D premiums for the rest of her life when eventually she did sign up, reports Forbes in the article “Beware Medicare’s Part B Premium Penalty And Surcharge Traps.”

Here’s where it got sticky: she thought that Medicare provided an eight-month special enrollment period after one job ended to apply penalty free. She is employed on a sporadic basis, so she thought she had a window of time. Between the ages of 65 and 68, she had several jobs with large employers, and was never out of work for more than eight months.

She was out of work for 25 months total between ages 65 and 68, when she was not enrolled in Medicare. She thought that since she was never out of work for more than eight months, she didn’t have to sign up until she officially stopped working and would then enroll penalty free in traditional Medicare Parts A, B, and D.

She had read information on the Medicare website and her interpretation of the information was wrong. It was a costly mistake.

She got hit with a 20% lifetime Medicare Part B premium penalty. For every 12 months that you’re not covered by Medicare B after reaching 65 and before you enroll, the penalty is an additional 10%. And making things worse, she was hit with a Medicare Part B penalty based on the cumulative (not consecutive, which is an important difference) 25 months that she went without credible prescription drug coverage.

This is the sort of problem that does not self-resolve or get better over time. In this case, another mistake in timing is going to hurt her. She sold some assets and realized a capital gain in 2018, which increased her Modified Adjusted Gross Income (MAGI). In 2020, she’s going to have to pay the Income Related Monthly Adjustment Amount (IRMAA). If your MAGI, two years before the current year, is less than $87,000, you are exempt from IRMAA in the current year. Her cost: $1,735.20 more this year. Had she instead realized those capital gains over the course of several years, her 2018 MAGI might not have crossed the $87,000 threshold. Most people are not aware of the IRMAA and take capital gains in larger amounts than they need.

This is a harsh lesson to learn, at a time in life when there’s not a lot of flexibility or time to catch up. Talking with your advisor about Medicare and about tax planning, would have spared this woman, and countless others, from the harsh consequences of her mistakes.