The list of wealthy black celebrities who have died without a will in place is a significant one. Names on the list include Prince, who died with a net worth of about $300 million without having a will. So did John Singleton, Aretha Franklin, Jimi Hendrix and the great Bob Marley, to name but a few. 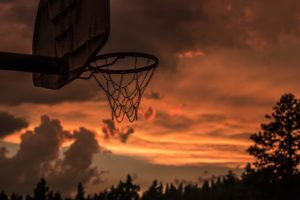 Many people were shocked to learn about the death of NBA superstar Kobe Bryant. As one of the wealthiest athletes in the world, his estate is expected to be the subject of increasing interest for his family and others.

The retired Los Angeles Lakers star was killed along with eight other people, including his 13-year-old daughter, Gianna, in a helicopter crash in Calabasas, California last month. Bryant was only 41 years old and seemed ready for a successful career after professional basketball in business. The news devastated his fans and the world at large, but it was heartbreaking for his widow Vanessa Bryant and their three surviving young children.

Newsone’s recent article entitled “Did Kobe Bryant Have A Will? NBA Legend’s Death Highlights Estate Planning In Life” reports that Kobe Bryant died with a net worth of about $600 million. This was in large part to being the second-highest-paid NBA player of all time with career earnings of $323 million just from his 20 years’ worth of league contracts alone, according to Forbes.

You might think that the uber-wealthy need not concern themselves with estate planning. That’s what lawyers are for right? However, that’s actually not the case in many notable instances — especially with members of the black community.

Poor estate planning is fairly common for black people. One scholar says that the failure of African Americans to prepare wills, is likely linked to distrust of government, a belief that their children will ultimately inherit their property and reticence to create division within the family.

One estate planning lawyer told Black Enterprise that “Black Americans are 50% less likely to have a living will, in place in comparison to other groups.”

It is not just African Americans with this problem: a Gallup poll found that most people in the U.S. don’t have a will. AARP estimated that six in 10 adults in America don’t have one.

In many cases, the lack of having a will and testament in place can create family battles, like over the estates of Prince and Aretha.

Hopefully, Bryant was prepared and had a will in place to make sure he controlled his finances in death, as he did in life.