Most people are aware that an accident can happen, although they rarely think it will happen to them. 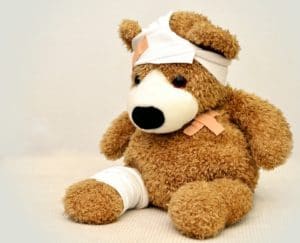 Expensive and rising healthcare costs can’t be a surprise to those nearing or in retirement. However, something that’s not often discussed, is how unexpected medical and related expenses from accidents can have a devastating impact on investment accounts, particularly for younger adults.

It’s estimated that 3.14 million Americans were involved in an auto accident in 2016, according to the National Highway Safety Administration. This shows how common they are.

Think Advisor’s recent article, “How Car Accidents Can Wreck Retirement Accounts,” looks at the case of a 35-year-old single professional with more than $600,000 in her investment account.

This woman, Sue, was driving home from work, when an uninsured motorist ran a traffic light and ran into her new convertible. The car was totaled, and she was severely injured. Sue was rushed to the hospital, required surgery for several broken bones and then went to a rehab facility for physical therapy upon her release.

Fortunately, Sue’s medical coverage from work covered her hospitalization, rehab stay and at-home visits during her recovery. Sue’s own auto insurance policy paid for a new car. However, Sue was unable to work for a year. Her employer-paid short-term disability insurance that covered about 65% of her lost income for three months, but she had no long-term coverage and had to pay some health-related expenses out of pocket. In total, Sue lost $120,000 in income, had to pay $10,000 in medical expenses not covered by her plan, and spent $65,000 for at-home assistance during her recuperation.

Luckily, she had savings outside her investment accounts that covered those expenses. However, there are many other accident victims who aren’t as fortunate as Sue. They must use investments that may have been intended for their children’s education and their retirement. The result is paying penalties for tapping into qualified accounts.

Sue didn’t tap into her investments. However, she did have to stop making contributions to her qualified accounts and adding to her other investments. Because the accident occurred during her prime earning years, the compounded effect on her nest egg will be significant.

In addition, Sue could’ve avoided the loss of income and the out-of-pocket expenses, if she’d been covered by a more comprehensive auto insurance policy and purchased additional disability insurance.

Review your coverages and your entire estate plan with a knowledgeable attorney to be certain you have the best protection.