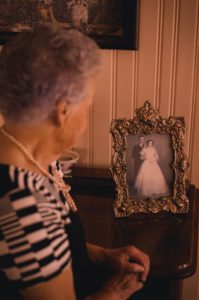 Considerable’s recent article entitled “The second most common type of dementia often goes unrecognized” reports that in one study, nearly 70% of people diagnosed with Lewy body dementia visited three consultants before receiving the diagnosis. For 33% of people with the disease, getting the correct diagnosis took over two years.

The word “dementia” describes a condition affecting a person’s memory and thinking that is a decline from how they used to function. It is severe enough to affect their daily life. Alzheimer’s disease dementia and Lewy body dementia are the two most common types. Lewy body dementia derives its name from the abnormal protein clumps that are seen on autopsies of the brains of people that have it.

The two conditions have many common features. With the memory and thinking problems and movement problems, patients with these conditions can have fluctuations in their alertness and concentration, hallucinations and paranoia, acting out dreams during sleep (known as “REM sleep behavior disorder”), low blood pressure with standing, daytime sleepiness and depression and other symptoms.

It’s also important to do elder law planning to make sure you are legally protecting yourself and your loved ones.  If you have financial worries or questions about what you can do to legally protect your future, make sure to visit with a qualified and experienced elder law attorney as soon as possible.  If you have questions, give Legacy Law Firm, P.C. a call at 605-275-5665.