When you marry in your 20s or 30s, you might not be thinking about getting a prenup, since your assets aren’t large and your life is pretty simple. However, if you’ll be entering a second marriage in your 50s or 60s, a prenup is something you may very well want to get. 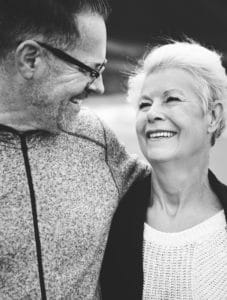 Many older people who remarry have significant assets—like pensions, retirement funds, homes, and maybe businesses and children from their prior marriage. The financial consequences could be significant, if their second marriage doesn’t last. Forbes’ recent article, “All About Prenups For Second Marriages,” says that a prenuptial agreement can address these issues:

In a prenup, the couple can decide how they will support themselves during the marriage and can create a plan for withdrawing retirement assets, depending on their relative wealth.

An issue with prenups for second marriages, comes from the distinction between “separate property” and “marital property.” Separate property is typically the property brought into the marriage and all past and future inherited property. Marital property are those assets that are built up through the efforts of the spouses, usually by lifetime earnings in the workplace.

However, what if the couple is retired, there is no opportunity to accumulate marital property and one of the spouses doesn’t have adequate separate property to provide for his or her retirement? That spouse may then feel vulnerable, if they divorce. This can foster bad feelings that fester during the marriage. A prenuptial agreement can alter this dynamic and provide a fair and easier result, if the marriage fails or if a wealthier spouse predeceases a less-moneyed spouse.

In a second marriage after 50, many people like to leave money to their children when they die and provide for their new spouse. A prenup can detail that an estate plan be created after the couple marries, to get the result they desire. The assets of the deceased spouse can eventually be distributed to the surviving spouse and the deceased spouse’s children. Some assets can be placed in a trust to benefit the surviving spouse during his or her lifetime. The rest can go to the children of the first spouse, after the death of the surviving spouse. In a second-marriage prenup, a couple can also decide that way in which they might assist their children financially during the couple’s lifetime.

A nice benefit of a prenup for a second marriage, is that it can specify the legal process to use if the couple divorces. For example, a prenup can require alternative dispute resolution, if there’s a divorce or if there is a disagreement between the heirs of a spouse and the surviving spouse.

However, sometimes, a prenup can even cause issues, typically in the process of negotiating one. Some couples even break off their engagements as a consequence. Talk to an attorney about creating an equitable prenup.

Reference: Forbes (February 13, 2019) “All About Prenups For Second Marriages”