As part of the CARES Act, the majority of Americans, including those who are elderly and on fixed income, will receive a one-time stimulus check from the Internal Revenue Service (IRS). 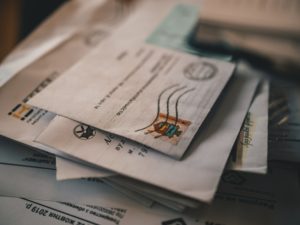 A new article on MedicaidPlanningAssistance.org entitled “Do COVID-19 Stimulus Checks Impact Eligibility for Persons on Medicaid? In Nursing Homes? Or Spouses?” says that many Medicaid beneficiaries who live at home, assisted living, adult foster care, or nursing homes and their families are worried the money will push them over the Medicaid income or asset limit, disqualifying them from Medicaid benefits.

Likewise, Medicaid applicants have the same concern that the additional cash will make them go over Medicaid’s limits, and prevent them from becoming eligible for Medicaid.

Stimulus checks won’t be counted as income and thus won’t affect Medicaid beneficiaries or applicants. However, if the stimulus money isn’t spent within 12 months, it may be counted as an asset.  This could impact eligibility in 2021.

Spouses of Nursing Home Residents. Spouses of nursing home residents—known as “Community Spouses”—who aren’t on Medicaid themselves will receive a stimulus check. This won’t affect their spouses’ Medicaid eligibility in any way. The money from the stimulus check isn’t considered income by Medicaid, and even if it were, the income of a non-applicant spouse isn’t considered in the continuing Medicaid eligibility of his / her nursing home spouse.

There’s no time limit in which a spouse of a nursing resident must spend his / her stimulus check.  Non-applicant spouses can spend the stimulus check any way they want.